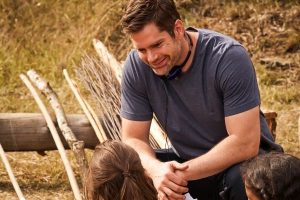 Nobody sets out to be a failure. But what if failure is exactly what we need? Dallas Jenkins is the director of The Chosen, the first ever multi-season show about Jesus Christ. But long before The Chosen, Dallas wasn’t interested in making faith-based films, instead he dreamed of making it big in Hollywood. What God taught Dallas through failure became part of the incredible story that led him to creating The Chosen.