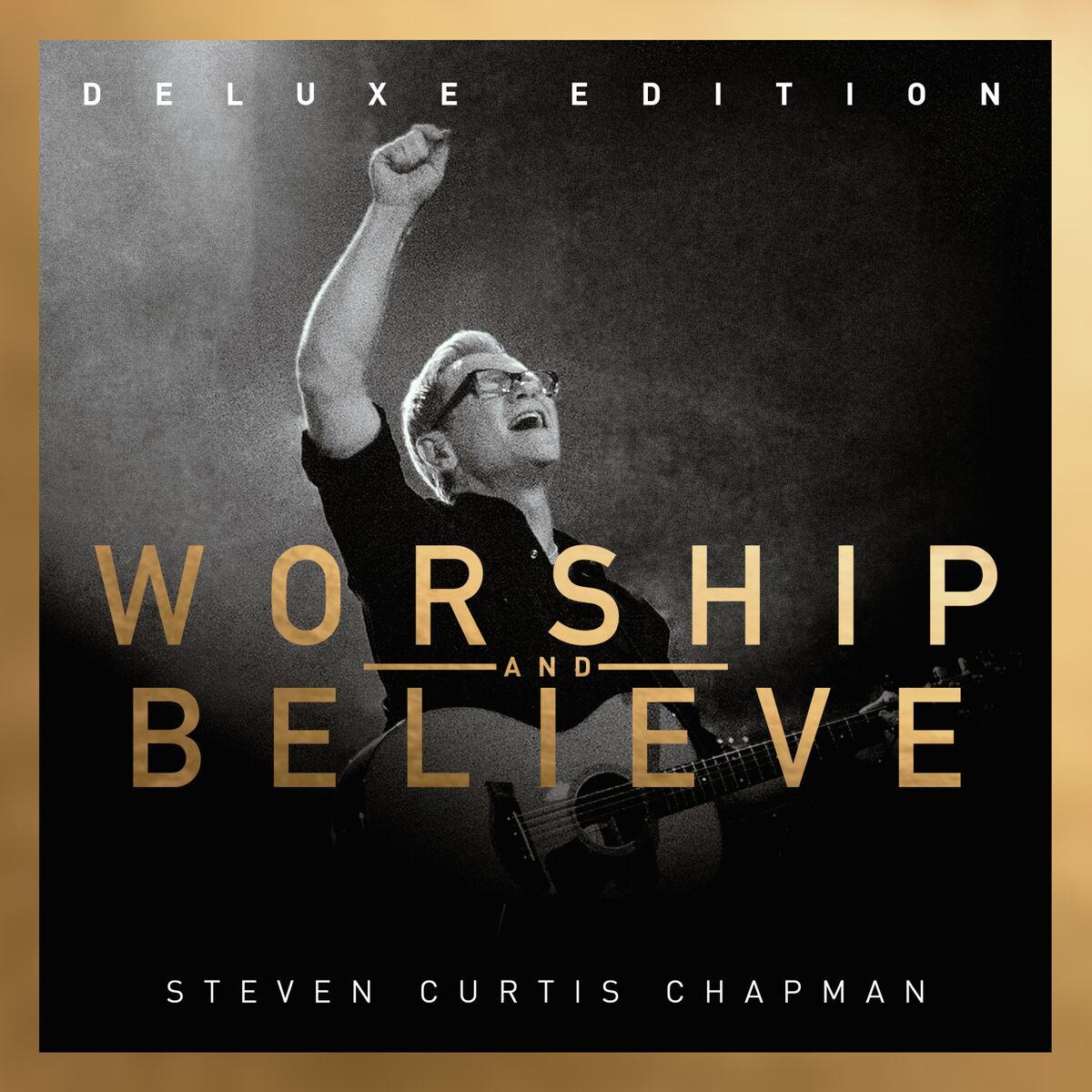 I Will Be Here
One True God

“For me, some of the greatest worship music maybe wasn’t even called worship music at the time,” he says. “Rich Mullins’ ‘Step by Step’ is probably the song I sung before I even knew what those songs were called. I would do it in concert just because I love singing that song and so many of his, like ‘Awesome God.’ If I’m going to make this kind of music, I want it to draw on some of the influences that have most inspired me.”

Scripture and worship music have been lifelines for Chapman during the past several years as his family has grieved the loss of his youngest daughter, Maria, in an accident on May 21, 2008.

What sustained him was proclaiming truth. “Really, out of desperation what came to my heart and my lips was, ‘Blessed be the name of the Lord. You give and take away.’ And I just kept saying it. I kept singing it and whispering it. I’d go where nobody could hear me, and I screamed it until I didn’t have a voice left, and every time I did, it was like I would feel something pull me back a little bit from that abyss, and I’d have a little more oxygen in my lungs to say it again. It was like the only clarity I had would come when I would say, ‘God, I’m going to bless Your name. You give and Youtake away. I’m going to trust You.'”

“Blessed Be the Name of the Lord,” written by his friend Matt Redman, was sung as Redman led worship at the five-year-old’s funeral. The song continues to be prominent with the Chapman family in the loss, and in the celebration, of their daughter’s life.

And for the following two years, any time Chapman took the stage, he began with that song. “I would just drive a stake in the ground and say, ‘God, this is what’s most true. The pain is true. The questions are real. The grief is real. The anger is real. But what’s most real, and what’s most true, is that you are God. You’re faithful.’”

It’s from that place of suffering and surrender Chapman began to write songs to illuminate promises of God and declare truths from Scripture. From the anthemic “We Believe” to the tender “Hallelujah, You Are Good” to the triumphant “King of Love” and hopeful “God of Forever,” these songs mark a new season for Chapman — creating more vertically focused worship songs spurred on by a soul awakening to worship music he experienced as he held fast to songs of the church through a season of loss.